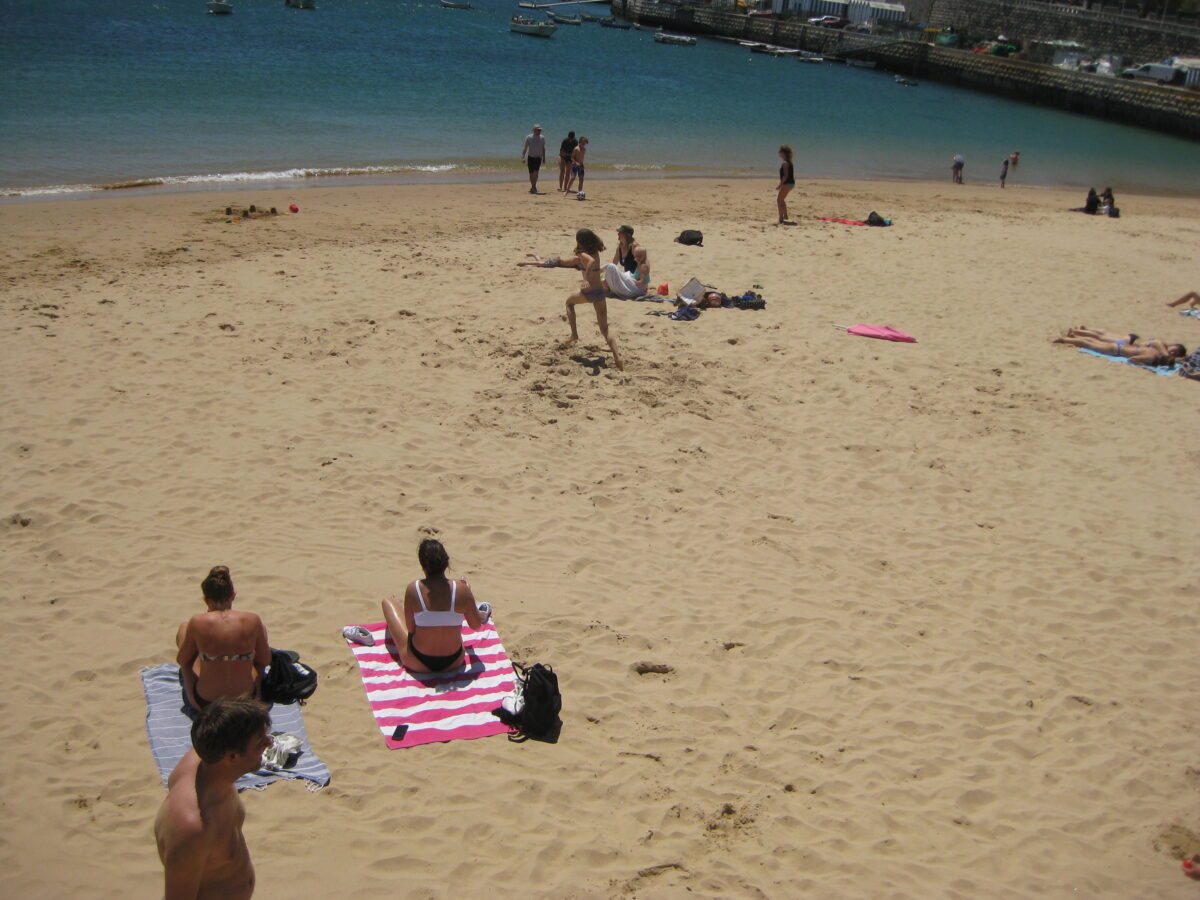 At the top of my bucket list for this trip was a visit to Cascais.  It is fairly simple to get to, but we took the long way to the train station (on foot via the cobblestone sidewalks – a tough one for my sense of balance). We got sort of lost a couple of times. The easy way was to go to the Rossio subway station and take the green line to Cais do Sodre where we switch to the train to Cascais.  But we walked. Eventually we reached the western waterfront of downtown. Google and the GPS said we were there, but we could not seem to find it. 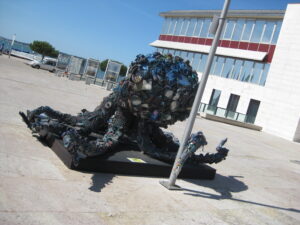 Along the way, I ran into an octopus, a very attractive one at that. 🙂

It was in front of the EMSA – European Maritime Safety Association.

As it turned out the train station was behind that area from where we were. It was a less attractive station than the one to Sintra.  We “beeped” our Via Viagem cards at the turnstile and headed for line 2, next train to Cascais. It was crowded though air conditioned. While we had to stand (a 45-50 minute ride) I chose well as within a couple of close stations the couple seated by where we were standing left the train.  So we had seats nearly all the way. There are a lot of stations to pass through and we stopped at each and every one. 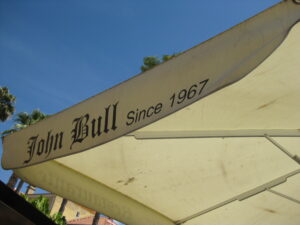 We arrived, exited by “beeping” out of the station turnstile with our cards.

The town is a tourist-filled place in the summer. It would be interesting to see it in the “off-season”.  I was hungry so we stopped at a (of all things) “British Pub” – the John Bull – and had fish and chips (cod lightly battered and French fries) and a beer.  It was ok….staved off the hunger pangs but nothing to write home about. The people watching was much more interesting. 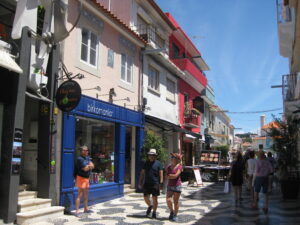 We walked around the shops and did the “tourist” thing but really only ventured to the waterfront.  I would like to go back in off-season. 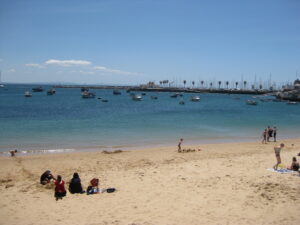 The waterfront has a marina, a beach, a hotel and some apartments (rentals?). The beach looked appealing but did not bring a swimsuit. 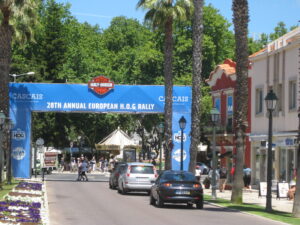 There seemed to be a lot of motorcycles in the streets as well as taxis and cars. As we walked around the town, we figured out why so many motorcycles (and almost all Harleys) – a H.O.G. Rally in Cascais!

After a while I grew tired and we headed for the train back to Lisbon.  The trains arriving in Cascais were still loaded with folk, but the trains heading back to Lisbon were nearly empty. We chose one, noticing it was warm. It never cooled down. I guess the air conditioner for that car was broke. It also was the only time a conductor walked through and check for passes to the train in the times we have been onboard.

TIP: If it is summer and the train car is warm – move onto the next car.  It does not get any cooler. 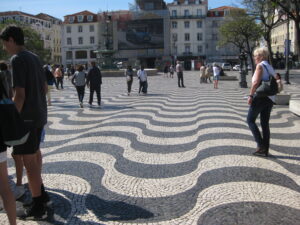 We transferred this time to the green line and rode to the Rossio station, transferring to the Metro subway.  That station is really close to our apartment.  The square has an interesting feature there – besides being cobblestoned, it has a colored-stone design that can leave an optical illusion. Between the uneven stones and that illusion, it is better not to look where you are going. The square is as flat as one can get with cobblestones, but it does not look that way!